Building Executive Functioning. Tired of Repeating Yourself? Try This: 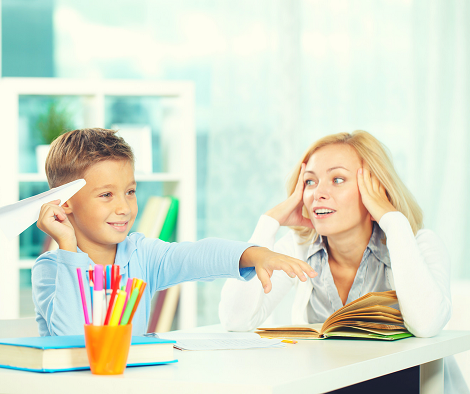 It’s easy to fall into the trap of constantly telling kids what to do. Repeating yourself over and over  without results can be frustrating for both parents and educators, as well as for children.  Constantly giving directions loses its effectiveness and starts to feel like nagging.  We also miss out on valuable opportunities for building important executive function skills.

Researchers found that using a noun to refer to someone who possesses a certain property (lexicalization) helps children remember better. When children were told about a hypothetical person, “She is a carrot-eater” vs “She eats carrots whenever she can,” the children were able to remember more about the person over time (Gelman & Heyman, 1999). In other words, it improved their working memories.

In another study, adult participants were told they had the opportunity to become “a voter,” vs the opportunity “to vote.” This simple change in wording increased voter turnout by 13.7% (Bryan et al, 2011).

Adding an -er to the end what of you want your child to do is called “job talk.” Job talk turns an action into a job and gives it a title. For example, instead of telling your child to get dressed, you would say, “Your job is to be a dresser.” Instead of telling your child to clean their room, you would say, “You are a room organizer.” Using job talk develops working memory, creates structure for the child, accesses procedural memory (the steps in a task), and limits emotional reactions (Ward & Jacobsen, 2015).

Before doing any task, we pre-imagine what it will look like in our mind. This is what executive function expert and Speech Language Pathologist Sarah Ward calls being a “mind mime.” When we use job talk, we help children create a picture of exactly what we are asking them to do. Helping children develop this “future thinking” helps strengthen their executive functioning skills. Using job talk also helps children identify what their role is, the tools they need, and the language or vocabulary a person in that role uses  (Ward & Jacobsen, 2015).

Job talk can be used with all ages. In the early years, you can prevent and resolve conflict by using job talk. For example if preschoolers are fighting over toy airplane, you can tell them, “You be the pilot and you be the air traffic controller.” This specifies what each child’s role is and teaches them about what’s involved in each of those roles. In the elementary school years, you can use jobs such as “homework organizer” or “bedroom manager” to help kids understand their roles.  When working on a group project, each child can have a specific role such as the “photographer,” “editor,” and “blogger.”

The ability to hold a job before college is a strong predictor of success in college. Using job talk in the early years can help strengthen this ability. Using this language helps children develop “future thinking,” understand what you are asking of them, and develop working memory,  Next time you find yourself shouting a direction for the third time, try adding an -er instead.