The Power of Visualizing and Metacognition 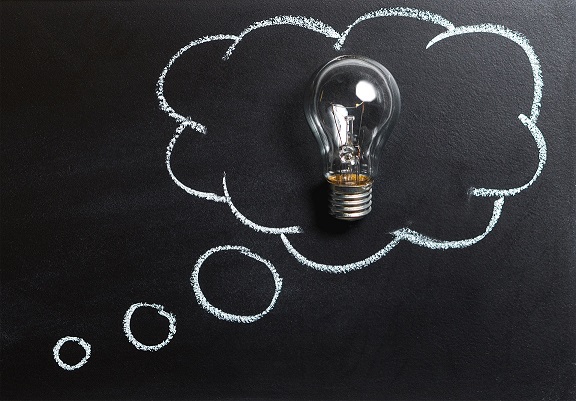 Visualizing and Learning – The Connection

“I don’t know,” answered the mummy. “Tushman asked me to hang out with him at the beginning of the year, and he must have told all the teachers to put us next to each other in all of our classes, or something.” The mummy shrugged. I knew the shrug, of course. I knew the voice. I knew I wanted to run out of class right then and there. But I stood where I was and listened to Jack Will finish what he was saying. “I mean the thing is: he always follows me around. What am I supposed to do?”

I don’t know what Jack answered because I walked out of the class without anyone knowing I had been there. My face felt like it was on fire while I walked back down the stairs. I was sweating under my costume. And I started to cry. I couldn’t keep it from happening. The tears were thick in my eyes.  I could barely see, but I couldn’t wipe them through the mask as I walked. I was looking for a little tiny spot to disappear into. I wanted a hole I could fall inside of: a little black hole that would eat me up.

If you’ve read Wonder, you probably remember this heart-wrenching scene when August overhears his closest friend saying he only hangs out with him because he has to. What do you think about then you read this passage? More importantly, what do you picture?

The picture, or movie, in our heads is what allows us recall information more easily. Beyond recalling the factual information (August was in his classroom, he was dressed as the character from Scream, etc.) visual imagery allows us to see the tears flowing from August’s eyes.  It’s what allows us to feel what Auggie is feeling. But what happens when it’s hard for a child to make a picture?

Cognitive Psychologist Allan Pavio referred to imagery as one of the two cognitive processes at work in Dual Coding Theory. Pavio proposed verbal code (language) is dependent on imagery and he demonstrated how imagery can affect acquisition, transformation, or retrieval of different types of information.  Dual coding theory remains widely accepted today for how we process linguistic information.  Interventions focused on visual imagery have been shown to increase memory and reading comprehension (Bell, 2007).

In his book, “Tales from Both Sides of the Brain,” distinguished neuroscientist Michael Gazzangia retells the findings of many years of studying “split brain’ patients. Due to uncontrollable seizures, patients in the 1960’s had the halves of their brains separated by cutting the corpus collosum, the bundle of nerves that connects the two sides of the brain. Grazzangia and his colleagues reported very interesting findings. Since the eyes process information contralaterally (the opposite side of the brain from the field of vision it is perceived) remarkable differences were reported. Words could easily be processed by the left side (presented to the right field of vision). However, patients were not able to read written language that was processed on the right side of their brain (presented to left field of vison). However, the right side of the brain performed better on visual tasks. Although we know the brain works as a whole, we also know certain regions of the brain are more associated with different activities. The right brain develops early and is in the realm of imagery, holistic thinking, nonverbal language, autobiographical memory, and a host of other processes. Our left brain develops later in life and is responsible for logic, spoken and written language, linearity, lists, and literal thinking (Siegel, 2010).

In his pioneering work, Dr. Dan Siegel talks about “horizontal integration,” referring to the integration of the left and right hemispheres of the brain.  In his theory of integration, Dr. Siegel proposes that when a person is experiencing mental illness, they are living either on the banks of “rigidity” (i.e the left side of the brain) or the banks of “chaos” (i.e. the right side of the brain) and well-being depends on living in a balance between the two. We all have tendencies to move towards either of these extremes and the key is to be able to have insight into our own minds (“mindsight”). He suggests we “name it to tame” by giving words (language) to the feelings/emotions we are having. This reintegrates the brain, bringing us back to a regulated state, in which we can then self-reflect.

The ability to reflect on our own thoughts is what makes mindfulness practices so powerful. Mindfulness requires paying attention to the present moment without judgement or reaction. Reports of schools using mindfulness practices to increase the well-being (and performance) of their students are constantly emerging.  Advances in science also allow us to see the physical changes regular mindful practices  have on the brain. Most apparent is the effect mindfulness practices have on shrinking the amygdala (the area that causes fear and anxiety) and thickening the middle prefrontal cortex (Lazar et. al, 2006). This is the area of the brain where we create representations for time and sense of self.  It allows us to pause before we act.  Perhaps even more importantly, it’s the area of the brain that allows us to connect with others. It’s a major part of the nueral circuit that experiences mirroring activity (“mirroring” the actions and emotions of others at a subconscious level) and the scientific explanation for empathy. During mindful practices, we experience our thoughts, sensations, hopes, dreams, and fears  and we can reflect on them in a way that allows us to take a step back and realize thoughts and emotions are only that. Thinking about thinking is called metacognition.

Metacogniton is a powerful tool for children to gain control of their feelings and emotions. Understanding their “mammalian” brain has a scientific explanation for making them fight, flight, or freeze can be very helpful. These life-saving activities of the brain (if you encounter danger, you want them to kick in) can also cause us to feel “out of control” when the brain senses a threat, but there is not one. Teaching children how their brains work can help them to understand what is happening and how to regain control. Metacigniton can also be used to teach skills such as comprehension of spoken and written language (i.e. listening and reading).  We can teach people to strengthen their visual imagery in order to comprehend language more effectively. A deeper understanding allows us to engage in higher level critical thinking (identifying the main idea, making inferences, etc.)

Visualizing also helps us plan for the future. In order to complete a task, we must plan, initiate, and execute. The skills that help us do this are known as executive functions.  In order to plan for the future, we must mentally picture ourselves in the future. This is known as “mental time travel.”  It’s what allows us to see ourselves in the future and make a plan accordingly (Ex: “If I leave now, I won’t have to sit in traffic”). If we can’t visualize ourselves in the future, it is difficult to allocate time effectively and construct a plan of action to match. We can encourage children to develop this skill by asking them, “What does that look like?” as opposed to telling them exactly what to do.

Dr. Dan Siegel defines integration as the linkage of a differentiated system of elements. Researching and incorporating different theories, knowledge, and ideas from different branches of science has helped me integrate my own philosophies for treatment as Speech-Language Pathologist.  Just as humans thrive when they are connected to a larger community, integrating information from different fields of study gives us powerful tools to better serve our clients. Using tools such a metacognition, mindfulness, and visualizing, we can help our clients understand themselves and their worlds better. We can give them the skills they need for academic success and organization. More importantly, we can help guide our clients toward a lifetime or well-being.

Brooke Andrews, M.A CCC-SLP is the owner of The Speech Dynamic, PLLC, a boutique speech therapy practice in Houston, TX. Brooke has presented at the North Carolina Exceptional Children’s Conference and has shared her expertise on a panel for the University of North Carolina at Chapel Hill. Her clinical expertise include speech, language, social learning, and literacy