What They Do When They’re Two 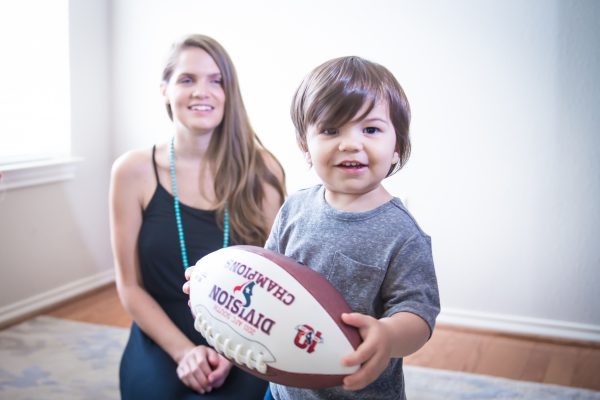 As a Pediatric Speech Pathologist…

I get a lot of questions from parents on what children should be do in terms of speech and language. The following summarizes what we expect to see for children two to three years of age. Please keep in mind while there is a range of normal for development. If you have any concerns regarding your child’s speech and language skills, it’s best to seek out the expertise of a Speech-Language Pathologist.

Around two years old, young children become much more mobile. This allows for a whole new world of exploration and discovery.  Toddlers experience themselves as a person who has power over their world. This is called “agency” since toddlers see themselves as “agents” who can act on the people and objects around them.  This is a significant time for developing oneself (Arwood & Young, 2000) and is often accompanied by the verbal phrase, “Me do it!”

This cognitive understanding of the world around them is reflected in the language of toddlers. Phrases that represent relationships between people and objects appear such as “Mommy sit” or “Daddy go.” This is not only a shift in language, but in overall cognitive development. In Piaget’s theory, this stage of cognitive development is called the “preoperational stage.” During this time, young children can only see the word from their point of view and explains why tantrums are so common in toddlers.

Between the second and third year, there is a huge leap in vocabulary. Toddlers have a vocabulary of 200-300 words at 24 months and 1,000 words by three years! (Child Development Institute (www.childdevelopmentinfo.com); Nicolosi, Harryman, & Kresheck (2006); and Owens (1996).  By 18 months, children are working on mastering all the vowel sounds. his results in a marked increase in intelligibly by age three.  Most toddlers can produce the following sounds: p, b, m, n, h, and w and we see the emergence of t ,d, k, and g between two and four years, respectively. You may also notice some errors in your toddler’s speech such as leaving off final sounds or using shortened versions of words (“nana” for banana). Toddlers between two and three are expected to be understood between 50 and 75% of the time.

During these years, early literacy skills are emerging.  Toddlers like to listen to books/stories for longer periods of time, hold books correctly, and begin to recognize logos such as a McDonald’s sign (Obtained from Linguisystems Communication Milestones)

Between the ages of two and three, early social skills are developing. As children move away from the “here and now,” they start to discover that language is a symbol that can be used to talk about the past and future. This advancement in symbolism is seen in play. Toddlers engage in simple make-believe play and begin to use objects as symbols (ex: a block for a phone)  The following summarizes the development of social skills between the ages of two and three.

This information was obtained via the Linguistystems Guide to Communication Milestones.

Along with growing bodies and minds, children’s mouths are developing. That is why it is so important to eliminate habits such as pacifiers. Pacifiers encourage a suckle pattern with the tongue.  We want children to develop a mature swallow pattern.  This means that their tongue tip stays behind their teeth and the body of their tongue rises up. Items such as pacifiers and sippy cups encourage an immature suckle pattern.  This can result in a tongue that is low and forward and can cause difficulty with speech.

Feeding skills are also developing during this time. Between two and three years, children are expected to  handle a variety of textures, use an open cup, self-feed with little spillage, chew with closed lips, and use a rotary chew (not just up and down movement). Information obtained from The American Speech-Language-Hearing Association (www.asha.org/policy); Arvedson (2006); and Nicolosi, Harryman, & Kresheck (2006). via Linguisystems Developmental Milestones Chart

So many amazing things are happening during this time! With increased independence, toddlers become their own little people with their own personalities. If you notice your child is falling behind in any of these areas or if they are having trouble communicating, a Speech-Language Pathologist can help.  An incredible amount of brain development is happening at this stage. With early intervention and repeated practice of targeted skills, speech therapy can reinforce existing synaptic connections and build new ones! Repeated experience and exposure can actually change your child’s brain!  Early intervention is key for better outcomes in speech, language, and social communication.

Brooke Andrews, M.A CCC-SLP is the owner of The Speech Dynamic, PLLC, a boutique speech therapy practice in Houston, TX.  She specializes in childhood apraxia of speech, language delays,, and play-based learning. Brooke is the co-creator of “Wiggle-Time” and has presented at various conferences.  She shares her expertise in her workshops for parents and teachers.