What’s Wrong with “Wait and See?” 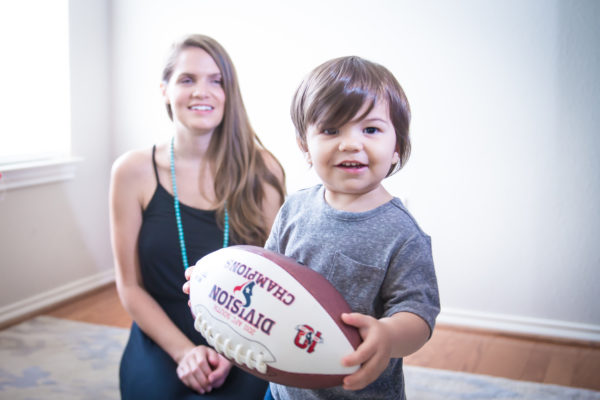 The “Wait and See” Approach

Waiting to see if your child “outgrows” late talking is called the “wait and see” approach. Although there is some variability when children begin to talk, in general children hit their language milestones at roughly the same time:

Children that are 24 month old should use at least 100 words and combine 2 words together. These word combinations should be generated by the child, and not combinations that are “memorized chunks” of language, such as “thank you”, “bye bye”, “all gone”, or “what’s that?” Examples of true word combinations would be “daddy gone”, “drink juice”, and “dirty hands”.

Do Late Talkers “Catch Up”

Although many children do “catch up on their own” many do not. That’s why it’s important to be proactive in getting intervention for your child. While it is difficult to predict which children will “catch up” on their own, there are several risk factors that put children more at risk, including limited use of gestures and a family history of a speech delay. Get the full list of risk factors here.

Children who do not “catch up” on their own are at continued risk for language delays.  Studies show that this group of children do not perform as well as their peers in certain aspects of language use such as language complexity and grammar. These skills are linked with later academic success. As they enter kindergarten, children with language delays struggle in the areas of phonological awareness, narrative development, grammatical skills, and social skills (Paul, 1996).  Other studies show that although late talkers do not differ in their reading decoding skills when they are learning to read (ages 6 and 7), these children are significantly behind their peers at the ages of 8-9, when instruction shifts to “reading to learn.” They also have continued difficulty with reading comprehension skills at the age of 13 (Rescorla 2002) and significantly more difficulty with language syntax (structure) and comprehension, both of which are necessary skills for written language (Rescorla & Turner, 2015).

The Importance of Intervening Early

Based on research on Late Talkers, a proactive approach is warranted. In fact, spoken language can be significantly accelerated with intervention. Within the first 5 years of the life, the brain has the most plasticity. That is why it is so important to start intervention early. Research shows the earlier intervention is started, the better. Parent involvement in early intervention is essential.

In conclusion, if you have concerns about your child’s speech and language development, it’s important to seek the help of a Speech-Language Pathologist. The earlier you seek help for your child, the better the outcomes.